Investigation of the pathobiological contribution of asthma susceptibility genes within the 17q21 locus.

Genome wide association studies (GWAS) have been a powerful tool to identify novel risk loci predisposing to the development of many complex diseases, including asthma. An important current challenge is to advance these findings to delineate how such genetic variants (single nucleotide polymorphisms, SNPs) promote disease. We aim to directly address this fundamental question. The region on 17q21, initially identified by the first GWAS for asthma, remains the leading susceptibility locus as shown by our previous work and others. We will focus on characterizing the functional role of 17q21 asthma risk genes and their disease-associated SNP.

Assessment of molecular mechanisms in CD8+ T cells and airway epithelial cells from patients with asthma and COPD.

A significant subset of patients has features of both asthma and COPD with worse disease pathology and increased likelihood to experience exacerbations. COPD is a leading cause of death and smoking is the predominant risk factor for COPD. The goals are to delineate molecular signatures (endotypes) in peripheral blood CD8+ T cells and airway epithelial cells from COPD patients with or without asthma before and after in vitro exposure to corticosteroids, Vitamin D3 or aIL-4/IL-13 (dupilumab). This will allocate subsets of patients who may benefit from these alternative treatment strategies.

In patients with asthma, lung infections are associated with resistance to treatment. Interestingly, 19% of CF patients are believed also to have “true” asthma with increased disease severity, but it is difficult to determine which CF patients have concomitant asthma or simply experience asthma-like symptoms. Although CF is largely regarded as a single-gene disorder, patients expressing the same CFTR mutation exhibit substantial disease variability. More than 50% of this phenotypic variability may be explained by non-CFTR modifier genetic variants. We aim to investigate how genetic variants in genes central to the sphingolipid metabolism may act as modifier genes contributing to the heterogeneity of CF, especially among CF patients with asthma. Further, we will identify specific disease-related endotypes which will distinguish CF patients with or without asthma, and molecular networks that predict the efficacy of alternative treatment strategies. 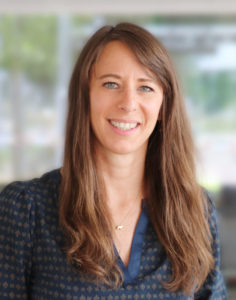